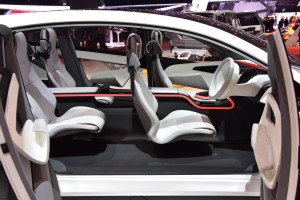 Tata hatchbacks have been a brand in themselves for more than a decade now. Each one of them has something unique to offer to its passengers. Great performance and unmatched comfort are hallmarks of these cars. Further, the pricing is also affordable. A few of the bestselling hatchbacks from the stable of Tata are listed below.

Launched in the beginning of 2015, Bolt is one of the latest hatchbacks in the market today. It is based on the carmaker’s X1 platform, just like the Indica Vista, but of course, is a lot more advanced in terms of features and performance. The Bolt is a manifestation of Tata’s HorizonNext philosophy, which is specially designed keeping the youth of the country in mind. Though overall similar to the Indica, the Bolt has many new features that immediately catch one’s attention. With a redesigned fiasco, revamped headlights & fog lamps, and a revised bumper, the front profile looks every bit as trendy as any high-end car. The interior of the vehicle is comfortable with a black and white combination of seats and upholstery. The material used looks and feels classy. Space is also abundant at both the front and back cabins. Safety equipment such as airbags and ABS are present so that no harm comes upon the riders of the car. Performance wise, too, the Bolt is every bit as good. Its 1.2-litre turbocharged Multi-point Fuel Injection (MPFi) petrol engine and 1.3-litre Quadrajet mill diesel engine have the capability to produce 90 bhp and 75 bhp of power respectively.

The Indica has been the auto manufacturer’s most selling car for a long time now. Keeping its skyrocketing demand in mind, the automaker came up with yet another update. The new Indica eV2 has a revised suspension and modified interiors to keep it in tune with the times. The Cr4 diesel engine has also been revamped to offer even better fuel efficiency.

Tata’s arsenal is full of mind-boggling cars, the above-mentioned two being an example of that. For Tata spare parts, Tata Indigo parts, or any other Tata parts, one may visit BP Auto Spares India, a reputed auto parts dealer. Here’s some information on The Magnificent Range of SUVs from the House of Tata Motors.