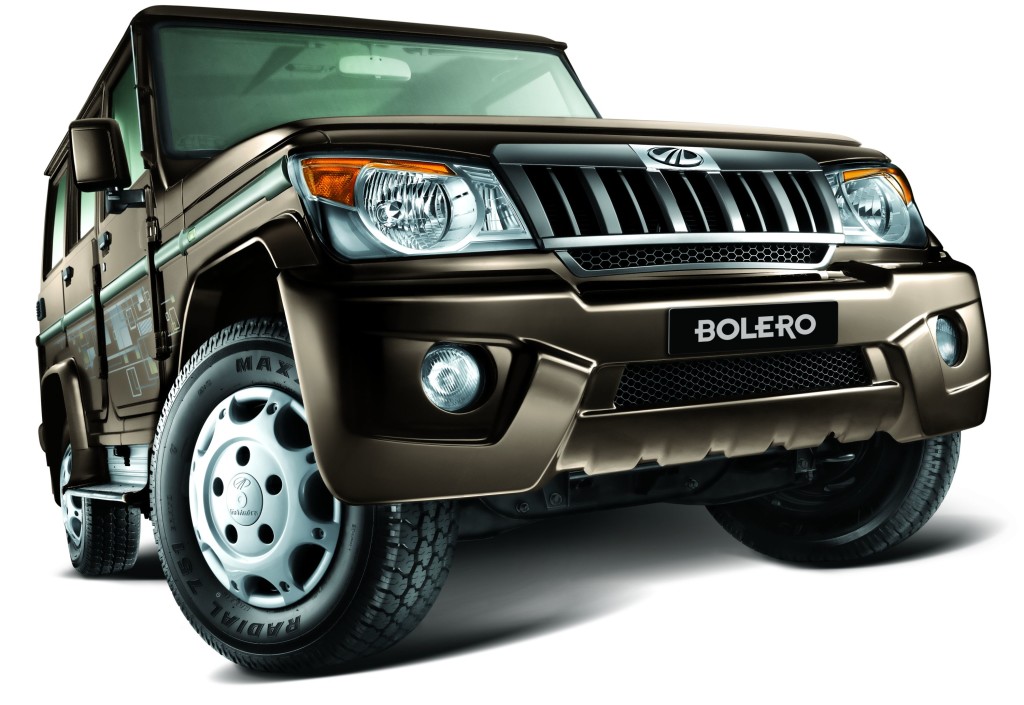 This is probably the first questions that arises in the minds of most car buyers especially the first-time buyers as to which option should they go with?

Financially, it might not be a very viable choice to go for a brand new car if a second-hand one fulfills your requirements.

For example, if you are very new to driving a car or are still in the learning stages, buying a new car means you will always be under the tension that you might damage your car and the repair will cost much more as compared to the damage on a used car. There are plenty of things you need to consider while buying a car. New or old does not matter unless it is for the long run.

Here is a little breakup of pros and cons to help your decision making better.

Generally, if you plan to drive a car for more than 5 years, it is smarter to invest in a brand new car that comes with extended warranty plans. This will give you peace of mind, lesser costs in repair and excellent resale value.

If you plan to shift places, drive very less. Only for small commutes and emergencies, a second hand car is a better option in those circumstances. However, buy only from trusted sources like Mahindra True Value outlets and get the car checked by a reliable mechanic who will check the car for integrity and overall feasibility. 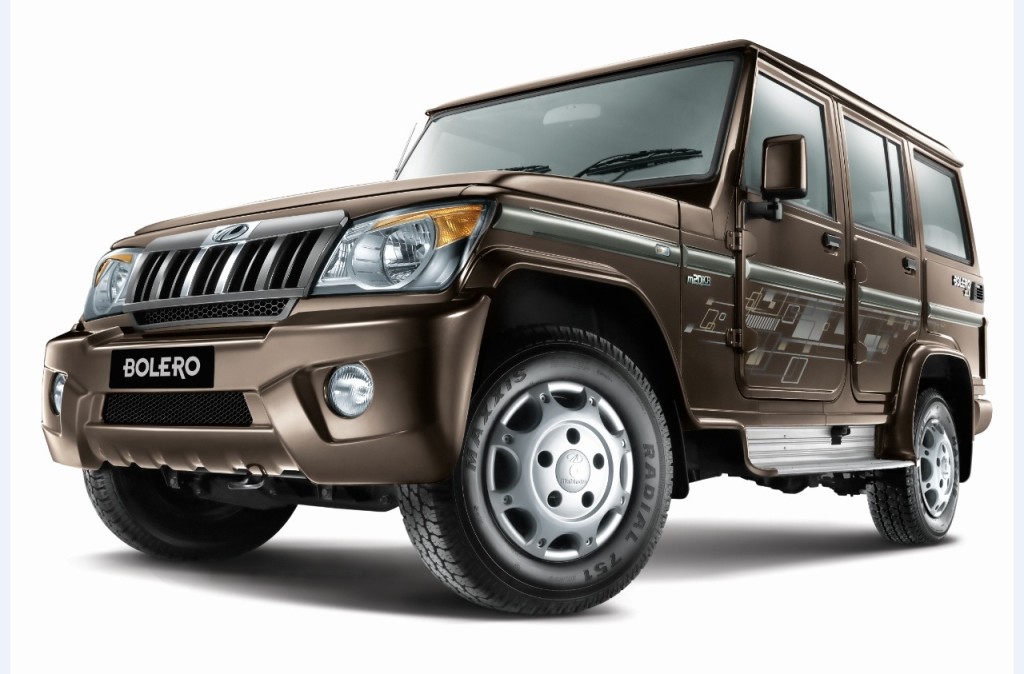 Mahindra and Mahindra is a renowned automobile manufacturing company in India. They are pioneers in the automotive industry and have the credit of introducing utility vehicles (UV) in the country in the year 1947. After six and half decades, they are still the leaders in producing UVs.

We take a glimpse of the various personal vehicles produced by the organization:

Those who own any of the above-mentioned vehicles and are in need of Mahindra Parts may contact BP Auto Spares India, a leading Mahindra Spare Parts supplier, which has in store Mahindra Truck Parts, Mahindra Scorpio Parts, Mahindra Bolero Parts, and much more. 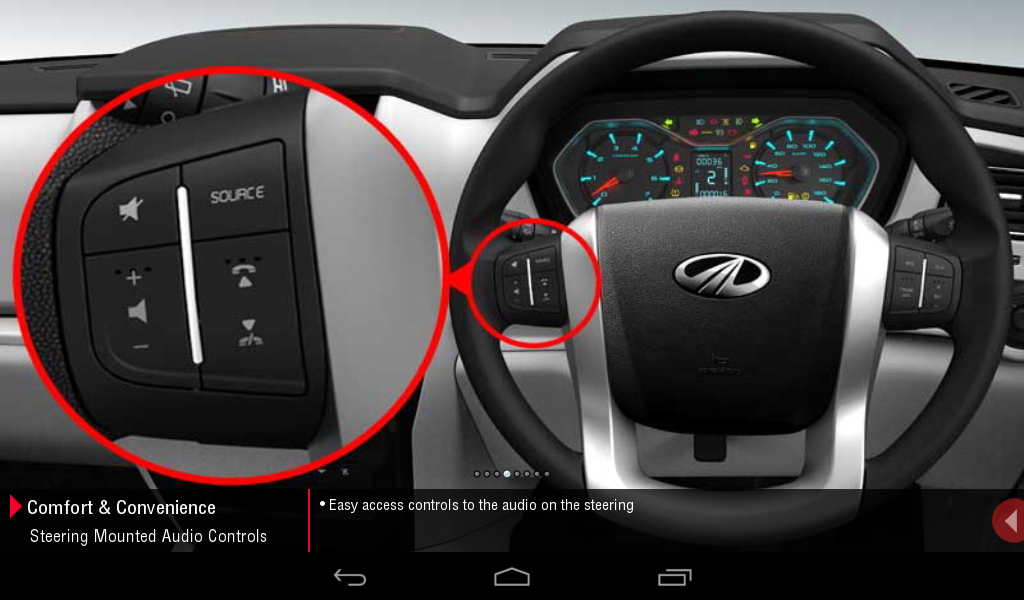 The global auto world is always in the news. From launches to models being discontinued and from coupés being recalled for defects to automobile giants reaping huge profits, there is always something new happening in this industry.

It may not be easy to keep a tab on all the developments; hence, we take a sneak peek at the important happenings of this industry. 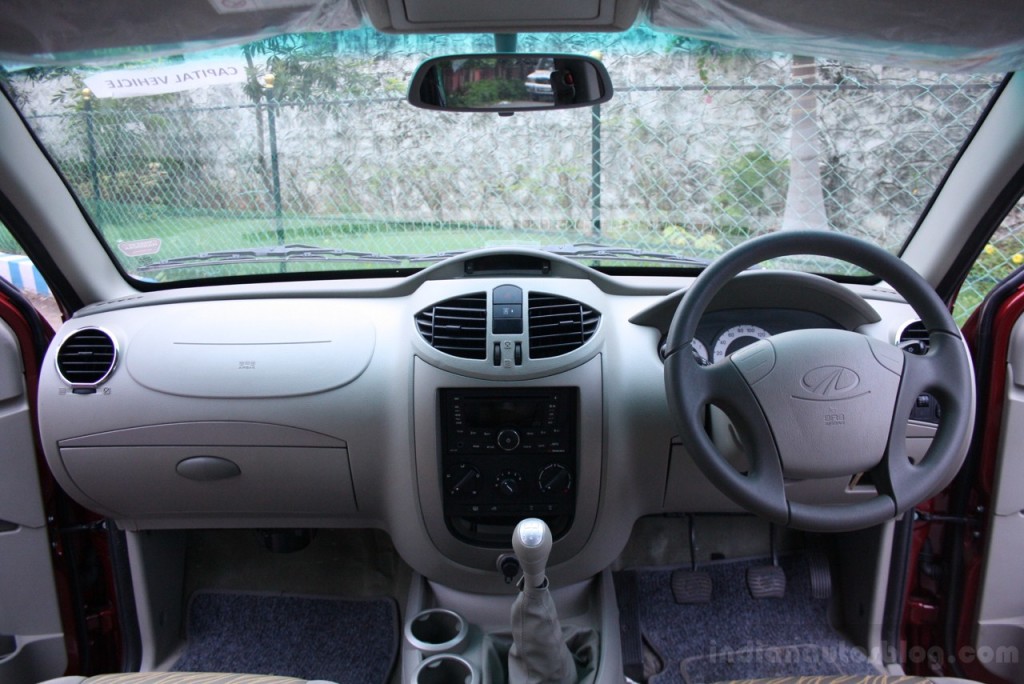 The automotive wing of the group is among the most admired ones and fetches good returns too. The company has come a long way since the year 1947, when it first introduced a utility vehicle. Today, it produces an array of vehicles, including cars, electric coupés, pickup vans, and commercial vehicles too. The common models produced by the company include the Scorpio, Bolero, Thar, Xylo, Quanto, e20, verito, and many more.

The company then expanded its wings and entered the automobile industry. They first started with the assembly of MUVs or Multi Utility Vehicles, and later diversified into producing LCVs or Light Commercial Vehicles and agricultural tractors.

Headquartered in Mumbai, the company stood 10th in the list released by the Brand Trust Report for the most trusted brands of India and it was on number 21 in the list of the Fortune India 500 companies in the year 2011. In the year 2014 it was honoured with the title of the ‘Second Great Place to Work in Manufacturing & Production’ and was ranked 28th in the list of ‘Top 100 Great Places to Work’.

The company is revered as an auto manufacturer that produces sturdy, environmentally friendly, reliable, and fuel-efficient vehicles. The products of the company are seen on the roads of various countries, including Australia, Malaysia, South Korea, and South Africa, as well as parts of Europe, Latin America, and more.

Those who own cars from the company and need Mahindra spare parts may contact BP Auto Spares India, a reputed organization that deals with car parts of various brands. They are a leading supplier of Mahindra Parts, including Mahindra truck parts, Mahindra Bolero Partsand Mahindra Scorpio Parts more.

Mahindra and Mahindra is a reputed automobile manufacturing company. It is known for producing sturdy cars, tractors, buses, motorcycles, and more. In the year 2005, the organization in joint venture with Navistar International from the United States of America formed Mahindra International / Mahindra Navistar, which later got dissolved and Mahindra Truck and Bus Division was created.

The company produces a myriad of trucks and buses ranging from 3.5 to 49 tons GVW/GCW. The popular HCV range models include Truxo, Torro, and Traco. The well-known LCV range includes Loading, DI3200, and Cosmo.

We explore the popular trucks from the house of this ace automobile manufacturer: 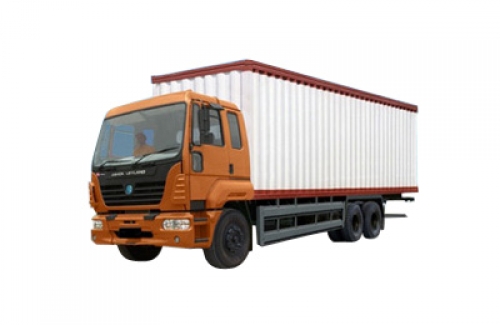 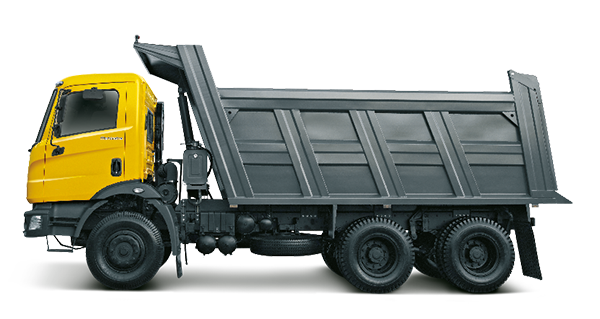 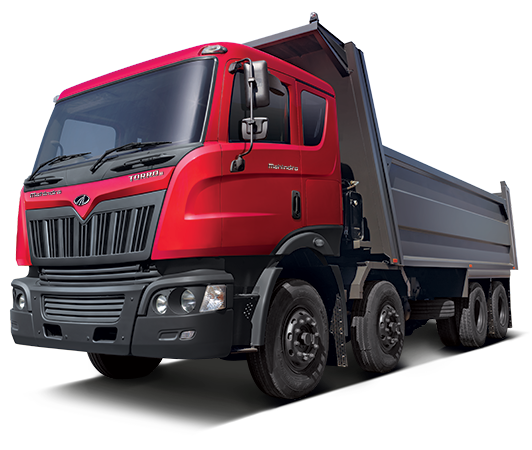 Those who own the above mentioned trucks or any other commercial vehicle may contact BP Auto Spares India for and other parts. They have a ready supply of Mahindra Parts, including Mahindra truck parts, Mahindra Scorpio Parts, Mahindra spare parts, and more. Led by a team of industry veterans, they have built a good reputation in the industry.

Mahindra & Mahindra Limited, commonly known as Mahindra, is a leading manufacturer of SUVs, commercial vehicles, motorcycles, and more. This Indian company is also a global leader in production of tractors.

We explore the cars produced by this ace vehicle manufacturer 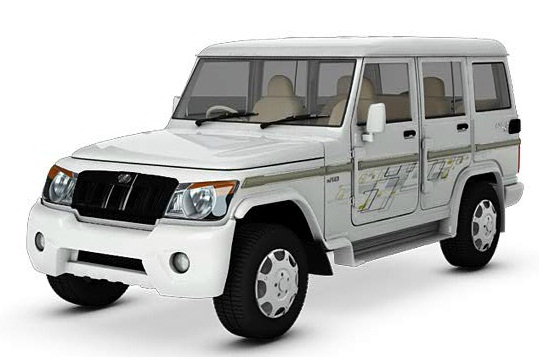 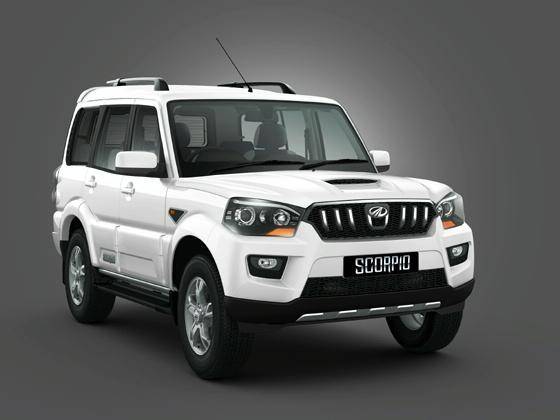 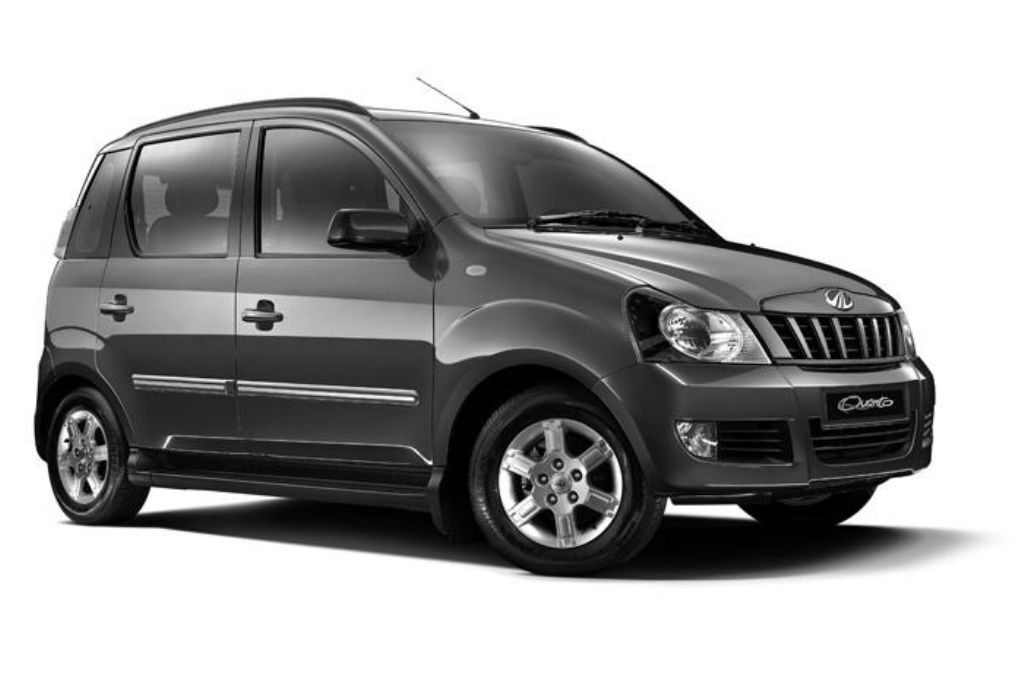 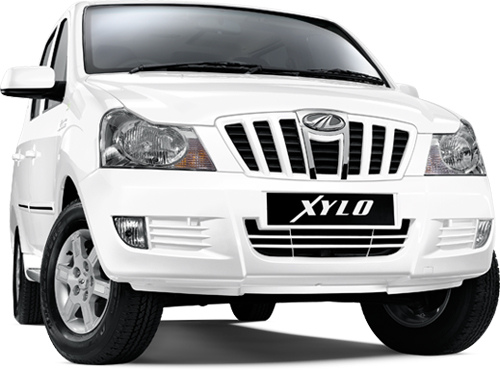 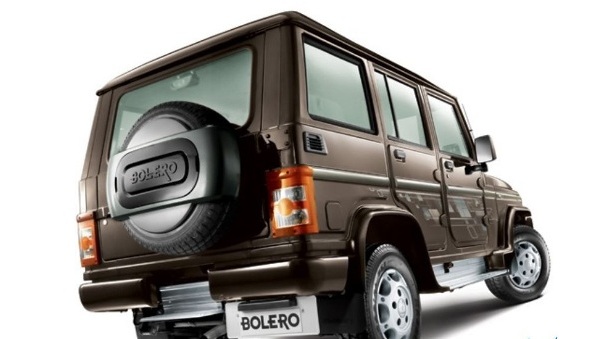 Mahindra and Mahindra have proposed to make invest of INR 4,000 crore in its India division for setting up a new manufacturing facility to be located in Tamil Nadu. These plants will be used to roll out the company’s future models. This investment will take place in two stages over a period of seven years.

The first phase will see the setting up of the test track facility after which the second phase will kick in, in which the automotive plant will be constructed.

The Tamil Nadu government is offering full support to this endeavor and has promised to allocate a total of 255 acres of land in Cheyyar located within Kancheepuram district. This proposed facility will be the largest for the company. They currently have a humongous plant running in Pune.

President of M&M, Pawn Goenka said that, ‘We have been promised that the requisite land will be allocated to us very soon. The Moue will be signed while the Global Investors Meet will take place. After the land is allotted to us, we will start building the test track facility, after which we will set up the entire automotive factory. But, it will entirely depend on how the auto industry grows.’

The plant has been labelled as a future plant which will produce new products as they develop. These products will be offered for both import and export.

This is a huge boost to the ‘Make in India’ concept which is currently catching onto the auto industry too.

This plant will take time in setting up. However, if you are the owner of a Mahindra automotive, you might require spare parts. Contact REPLACEMENT SPARES FOR Suzuki ALTO PARTS India to supply you with Mahindra Parts for cars or trucks that need spare part replacement. They have a magnanimous supply of Mahindra spare parts including Mahindra truck parts. They also have Mahindra car parts like, Mahindra Scorpio Parts and Mahindra Bolero Parts. They stock spare parts of other brands too. 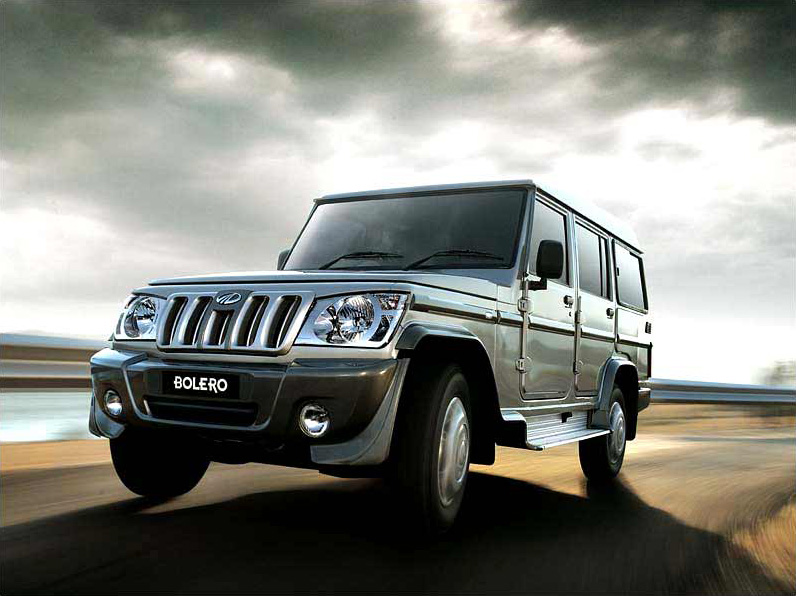 Automotive tyres maintain a point of contact between your car and the road. However, the rubber is often taken for granted and is prone to wear and tear. They play a vital role in keeping your car firmly on the road and in control.

Tyres require regular rotation and maintenance to keeping them performing well. Always check the depth of tread left on each tyre, it directly affects traction.

Air pressure directly affects the stability of your car. Remember, the safety of all passengers is most important. Tyre that are under inflated will increase the rolling resistance which will also affect the fuel efficiency and increase running costs of the car. This will affect the wear and tear on the engine and its transmission.

Tyre are also susceptible to debris and pointed objects on the tarmac, which can penetrate through the tyres thick outer wall and puncture the tyre tube. Serious accidents have occurred to a miss balanced car which lost control after having a punctured tyre at really fast speeds.

Never drive with a flat tyre since this causes severe damage to the car including the bumper and outer rims. Always replace tyres before their outer wall deteriorates. Keep a hydraulic jack handy to change the tyre yourself.

If you are the owner of a car, you might require spare parts like wheel rims or other car spares. Contact Suzuki Zen Parts India to supply you with Mahindra Parts for any kind of vehicle that needs spare part replacement. They have a huge stock of Mahindra spare parts including Mahindra truck parts. They also stock Mahindra car parts like, Mahindra Scorpio Parts and Mahindra Bolero Parts. They stock spare parts for other major automotive brands too.